The other side of paradise.

Some may joke that a bad day on Nantucket is when there is a spike in the cost of jet fuel. Indeed, the island is home to an estimated thirty billionaires, the owners of at least ten professional sports franchises, legions of Fortune 500 CEOs and directors, making it one of the most affluent enclaves in America. And yet at this very moment there are those on Nantucket who are desperately struggling to meet their most basic needs.

Obscured by the imagery of mega yachts and finely manicured homes, there are islanders sleeping in their cars, struggling to pay their bills, and deciding whether to buy groceries or pay for medicine. How is it possible that real poverty exists on an island of such immense prosperity? 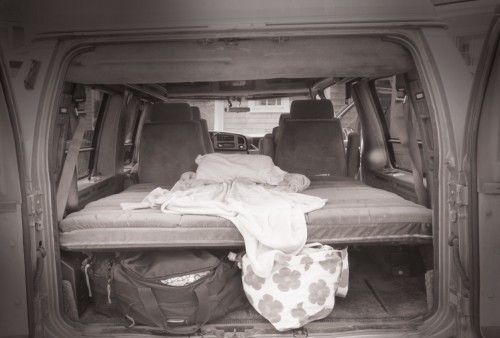 The greatest need on Nantucket hits home, quite literally. “Housing and the lack thereof is the most significant issue that we face as a community,” explained Margaretta Andrews, the executive director of the Community Foundation for Nantucket. “Even if people find housing, a disproportionate amount of their salary goes to housing, which means they can’t afford their food, they can’t afford their medicine.”

To get a clearer understanding of the housing crisis, the Community Foundation was the primary funder of an independent study this spring of Nantucket housing entitled “Workforce Housing Needs Assessment,” which revealed that not only does half of the island’s year-round population struggle to pay their rent, but 90 percent of Nantucket’s year-round households cannot afford a home of their own on the island. “Nantucket has an undeniable shortage of price-appropriate housing for people who work on Nantucket throughout the year,” the study states. “The lack of affordably priced housing is a barrier to a decent quality of life for workers and their families…”

It might be easy to dismiss the problem as one that is limited to recent immigrants to Nantucket, but the profile of those struggling to find housing is not what one might expect. During a discussion about the housing crisis organized by the Community Foundation earlier this spring, a local retail shop owner stood up and candidly shared her own struggles with securing a place to live. When she was unable to find an affordable housing option, the shop owner was forced to sleep in her unheated retail space on the wharf for a period of time this past winter.

Other desperate living situations on Nantucket are even more onerous, as is the case for a forty-four-year-old Nantucket middle school teacher who was recently forced to move into her van. Meghan (not her real name) has lived on the island for fourteen years, and, until a few years ago, she owned her own home in town. “I went from being a year-round resident, having a place, having tenants, to being divorced and moving out,” she explains. After three years of moving from place to place, sleeping on friends’ couches, and failing to find an affordable permanent living situation, Meghan decided to move into an old van. “I don’t think people grasp how dire it is,” she says. “I know I’m not the only one living in a car.” Meghan wakes up early each morning, moves her van, takes a shower down at the docks, and then reports to work as a summer school teacher. She hunts for an affordable rental option every day, but as of yet, nothing has turned up.

“We’re dealing with people who make choices every month: Do I buy food, do I pay rent, do I pay this utility bill? I can’t do all three of them; so what do I juggle to make this happen?” says Janis Carreiro of the Rental Assistance Program, a nonprofit on Nantucket that helps residents bridge the rental gap in desperate times. “There are families on this island who will virtually live in their cars rather than move and take their children out of what they perceive to be a very safe and good educational environment.”

The domino effect that the housing crisis plays on the community is felt most acutely when it comes to food. One only needs to speak to Anne Marie Bellavance of the Nantucket 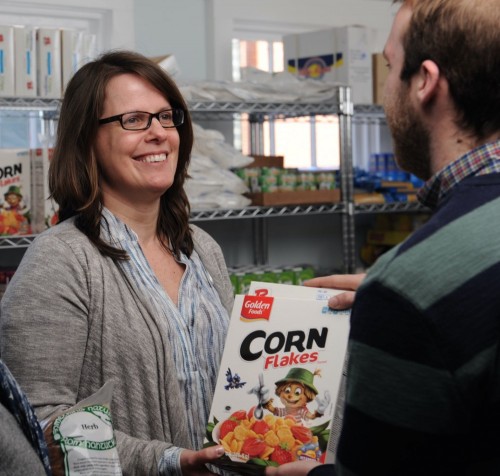 Food Pantry to appreciate how many families are going day-to-day without meeting their most basic dietary requirements. “The number of unique individuals that we are serving has more than tripled,” she says. Compared to last year, the Nantucket Food Pantry has ordered three times the amount of food from the Greater Boston Food Bank, from 30,000 pounds of food to over 100,000. Anne Marie expects these figures to increase as she believes “much of the need is still underground.”

Until recently, it was exceedingly difficult for summer residents to find ways to help solve this uncomfortable economic reality. While many charitable dollars are directed to high visibility building projects on the island, little attention has been drawn to what has become perhaps the island’s most pressing issue. “This is not a case of people not caring, it is a case of people not knowing,” says Victoria McManus, president of the Community Foundation’s board of trustees. “The thought that there are children on this island who might be hungry is so contrary to our perception of Nantucket that it is not a part of many people’s view of the island.”

To help connect donors to vital island causes, the Community Foundation created the Nantucket Fund. The Nantucket Fund raises money and distributes it to numerous local organizations, including the Nantucket Food Pantry and the Rental Assistance Program. This past year, 25 percent of the grants issued through the Nantucket Fund were directed toward projects addressing the housing crisis on Nantucket, but there is still a lot to be done. “There is no silver bullet here,” Margaretta Andrews said. “It’s going to be a multi-pronged approach no matter how we look at it.”

Nantucket in some ways is a victim of its own success. The unintended consequences of the island’s incredible allure is an increase in the cost of living that has taken a particularly harsh toll on the segment of the population that keeps the island functioning. But, unlike many places in this country, the good news about Nantucket’s economic divide is that the problem can actually be solved. If hunger and homelessness are approached with the same level of focus as has been applied to a number of other campaigns on the island, then anything is possible. However, in order to create a healthy Nantucket, few alternatives exist. “When part of the community suffers, in one form or another, it impacts the entire community,” says Margaretta Andrews. “This is a problem the island cannot afford to overlook.”