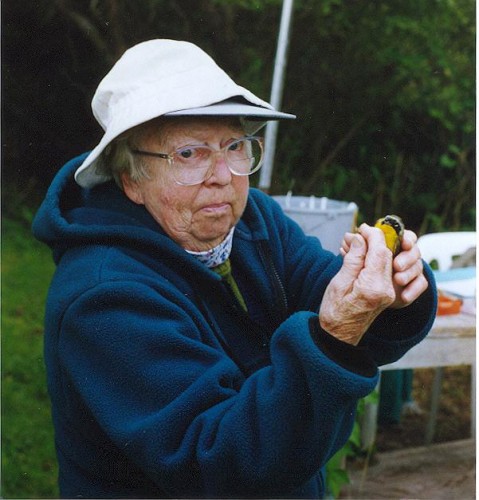 Edith Andrews, teacher, mentor and scientist, passed away in late October of 2015, just days after celebrating her 100th birthday.  Her motto was, “I never refuse a bird, alive or dead”.  Dead birds became specimens, and live birds were treated and released if they could be.

Ginger Andrews created this Designated Fund in memory of her mother to support several local charities in their efforts to preserve, protect and study Nantucket’s natural world.